The 5 Most Common Phobias 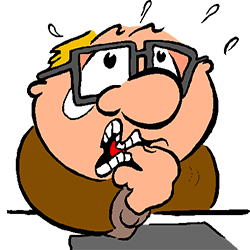 There are some people who view a phobia as an illogical or unjustifiable fear of a certain thing or event. There is a vast variety of phobias that many people suffer from. In fact, there are about 700 different known and documented phobias. These fears can come from things like lightning, water, darkness, heights and also from animals and other creatures like spiders and snakes and also from things of a medical nature like blood or injections.

Some phobias are even of some situational occurrences like leaving home, entering a basement, etc. The cause behind these types of phobias has not yet been discovered. Phobias have captured human interest because they seem illogical.

Whatever the cause of these phobias might be and if you understand them or not, to the people that suffer from them, they are as real as any other type of sickness. Below we have a list of the most common phobias that people suffer from.

Acrophobia: Acrophobia is a general fear of heights. A fact about this phobia is that some people who suffer from acrophobia may be terrified of even peeking out of a window of an upper floor of an apartment building.

Agoraphobia: This phobia is the fear of wide open spaces or of being in a large public place. The fear suffered by some people with this phobia can be so intense that they will refuse to leave their homes or may or they might only want to when they are accompanied by a family member or friend.

Claustrophobia: This is the fear of small, enclosed or confined spaces. Some people who are claustrophobic think that there is nothing scarier than being trapped in an elevator for a long period of time.

Mysophobia: This phobia is also known as germophobia, bacillophobia, germaphobia and bacteriophobia and is a fear of germs and/or other contamination. Many people believed that Michael Jackson had this phobia.

The causes of these phobias is still somewhat of a mystery but many people believe that phobias are psychological in nature, though genetics being a cause of phobias has not been ruled out. Although the phobias listed here are the most common phobias, there are millions of people around the world that suffer from one phobia or another.

The Many Uses of Corn Huskers Lotion
Television and its Potential Negative Impact On Children
World's Top 5 Electricity-Producing Countries
The 5 Most Peaceful Countries In The World
Previous Post: eBay Selling Tips
Next Post: Family Vacation Ideas and Tips