Hospitals and doctors are always having to handle the task of conveying their patient’s current health condition to that patient’s family members. When you have patients that are accident victims, or that of celebrities, then they often have to deal with a very inquisitive news media also.

In 1996 the US Federal Government passed what is called the Health Insurance Portability and Accountability Act.

This act forbids any hospital from it disclosing any medical information about its patient’s medical condition without a patient’s prior consent. This helps to protect patient privacy.

However, most people that are inquiring about a patient only want to know if the patient is getting better or not getting better, rather than wanting to know any kind of complex medical details about the patient’s medical condition.

For this exact reason, the American Hospital Association has advised physicians to use only general terminology when describing their patient’s state of health. 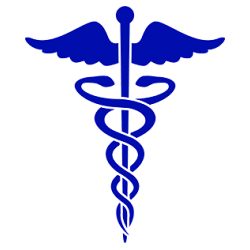 Medical conditions that are expressed in general terminology are not usually conclusive, and so therefore, they are used more just by laymen as well as the media, rather than being used by any medical doctors in treating their patients.

There are also other indicators and signs shown by a particular patient, which will help a physician decide their next course of action. It will also predict the patient’s likely outcome. The many different terms that are used to describe a patient’s medical condition are shown below, in no particular order of any kind. 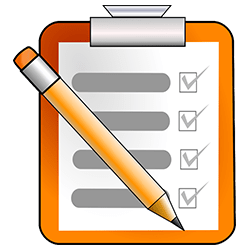 Undetermined
The patient hasn’t been assessed by a doctor yet, so the patient’s condition is therefore unknown, and medical treatment hasn’t started yet.

Satisfactory/Good
That patient’s vital signs are stable and they are within the prescribed normal limits. The patient is conscious and the patient feels comfortable. An excellent outcome of this patient is expected, and as such that patient might be discharged from the hospital soon.

Fair
The patient’s vital signs may be stable and within the prescribed normal limits. While the patient may be conscious, there may however, be minor complications, making the patient somewhat uncomfortable. A favorable outcome for the patient can be expected. As an example of this type of case would be a patient who has opted for an elective surgery, but the patient has suffered some kind of minor complications thereafter.

Serious/Guarded/Poor
The patient’s vital signs might be fluctuating and they do not adhere to normal safe limits. The patient might be seriously injured or seriously ill. The patient’s outcome is questionable at this moment, there are some indicators that are unclear as of now. Someone who’s suffered some major complications after they underwent a surgical operation will fall in to this category many times. Sometimes, the term ‘guarded’ will be used instead of the term ‘serious’, it indicates a patient whose’s medical condition has become stabilized, but it is still unknown if their condition will improve or it might worsen. A patient classified in this condition is still in some kind of danger.

Critical
The vital signs of the patient are fluctuating and they don’t satisfy the prescribed normal patient limits. The patient may have at some point lost their consciousness. A possible unfavorable outcome is possible, even death is possible, due to some adverse indicators seen in that patient. This type of patient usually will require critical care, or some other treatment in the hospital’s intensive care unit (ICU).

Deceased
This is the term used to denote the patient has died while either receiving treatment or upon arrival to the hospital. This declaration is most usually made only after the patient’s family/next-of-kin have been notified. However, the patient’s cause of death is something that can only be decided by the deceased’s medical examiner or their doctor.

Treated and Released
This is the term that is used for a medical patient who’s received some kind of treatment from a hospital, and that patient was released, without having to be admitted to the hospital.

Stable
This condition means that the patient’s vital parameters are stable, and it might also sometimes be used instead of using the term ‘fair’ condition. It is a rarely used alone condition, but sometimes in conjunction with other condition terms such as the term ‘critical but stable’ or ‘serious but stable’, etc. A patient in ‘critical but stable’ condition is a patient who has a life-threatening medical condition, but the patients vital parameters are most likely not going to fluctuate within the next 24 hours or so.

The American Hospital Association advises all hospitals against using this exact term even in conjunction with any other condition terms. This is because some medical terms like ‘serious’ as well as ‘critical’ can indicate a certain degree of instability. When using other terms with the term ‘stable’, that could possibly cause some kind of confusion as to the patient‘s condition.

When you compare critical vs. serious condition, the latter term involves more hope that the patient might recover, as the indicators in this particular case are just doubtful, while the former term is more of a life-threatening situation, which can result in the patient’s death. So then, these medical conditions can be arranged in a kind of progressively worse order, such as good, fair, serious, and then critical.

Though, it should also be noted that all hospitals do not always use the exact same criteria while they are deciding on a patient’s medical condition. So, a patient’s condition might change just the patient was transferred to a different hospital or medical facility, even without any kind of change in the patient’s health.

Heating and Air Conditioning Savings Tips
Tips to Save Money on your Cell Phone Bill
Better Composting Methods
The Best Online Business Schools
Previous Post: The Meaning Of .com
Next Post: The Importance of Voting