The 5 Most Peaceful Countries In The World 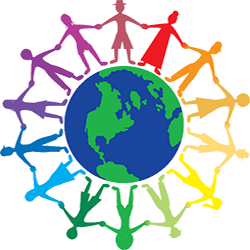 Most people want to live in a place that is peaceful. But life still remains very complicated in many parts of our world due to many different reasons. However, there are a some countries where a person’s life is nothing less than what would be called perfect to many people.

So, what makes these types of countries the perfect countries to be a citizen of? Peace, as well as unity & a life that is satisfying will also play a very big role in what makes some countries an ideal home for its citizens to live in.

There are several factors on which this list of the most peaceful countries in our world can be determined. An institute called the Institute for Economics & Peace (IEP) collects a large amount of data to help them to determine what is called the Global Peace Index (GPI), and this lists countries in order of how peaceful they are.

Many important factors are taken into the IEP’s considerations. They are, both external as well as internal conflicts that the country has, it’s amount of organized crime found in that country, the countries relations that they have with their neighboring countries, their amount of terrorism, their political instability, their homicide numbers, their percentage of citizens that are jailed, it’s military expenditures, it’s weapons stockpile, the existence of any internal unrest or demonstrations within that county, as well as several other factors. Also, to be ranked by the IEP, a country must have a population of 1+ million people or an area at least the size of 20,000 square kilometers.

The 5 Most Peaceful Countries In The World

#1 – Iceland
Iceland has one of the lowest homicide rates in the entire world at just 0.0018%. This is just 1 factor that helps Iceland to top our list here as the worlds most peaceful country. Iceland’s peace index rating is 8.84 out of a possible 10. Iceland is known to be the meeting point for all of the North Atlantic as well as the Arctic Oceans.

#2 – Denmark
Denmark, which is also known as the Kingdom of Denmark, is second on our list with a peace index rating of 8.79. Denmark is located within Northern Europe, and is in between Norway, Sweden, and Germany. Denmark consists has an area of approximately 16,600 square miles in land size. Copenhagen is the Denmark capital. The population of Denmark is around 5.6 million people, and their main language that’s spoken in Denmark is called Danish. The currency used in Denmark is called the Danish krone.

#4 – Austria
Austria is 4th on our list with a peace index rating of 8.75. The country of Austria is located in central Europe, it’s landlocked, and Austria is bordered by Germany, the Czech Republic, Hungary, Slovenia, Slovakia, Italy, Liechtenstein and Switzerland. Austria has a land area of approximately 32,400 square miles. The population of Austria is approximately 8.5 million people. The nice country of Austria’s capital is Vienna. Austria’s official language is German. Austria’s currency that they use is the Euro.

Looking at our list of the 5 most peaceful countries, you will notice that most of these countries are located in Europe. Obviously, if a country is one that is a great place to live in, it stands to reason that it will have great relations with it’s neighboring countries, whose customs & quality of living might be very similar to it‘s. This is why clusters of countries from the same regions seem to appear on this listing. We hope that you enjoyed this article and learned about these great places to live.

The Meaning Of .com
Recycling facts that you may not know
How Bluetooth Technology Got Its Name
Top Misconceptions and Myths About Teaching
Previous Post: The 5 Best Websites Similar To Amazon.com
Next Post: Great Reasons You Should Carpool