Why text messages have a limit of 160 characters 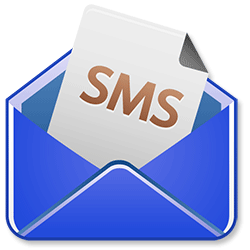 Have you ever wondered why text messages have a limit of just 160 characters? Texting can be one of the fastest way of communicating with someone.

In today’s modern world most people hardly talk over the phone at all, in seems like everyone is communicating by text messaging. Most business communications run through a text message. Of course text messaging can be cheaper than making cellular phone calls.

Younger people in particular tend to be very addicted to text messaging. Most of them actually prefer to communicate by text messages rather than calling someone or meeting them face to face. The major drawback to text messaging however is the limit of messages to just 160 characters including any punctuation and spaces.

Why Texts Have 160 Character Limit

► The original idea behind SMS (Short Message Service) messaging was to be able to utilize the standard telephone-optimized system that was currently in use and to be able to transfer messages using technology that was in use at the time the idea was conceived as well.

► The original concept was to use idle resources that the phone system wasn’t currently using during low call traffic times to transfer text messages. However, this was only possible at that time if the length of the text was just 160 seven bit characters. This ensured that the text message could fit into the current signaling formats of that day.

► In 1985 Friedhelm Hillebrand figured out a way to transfer text messages over a cellular network using less bandwidth. One night he sat at his typewriter and started to type a large amount of sentences including the spaces and normal punctuation marks. After doing this he had noticed that all of the sentences were less than 160 characters in length.

► Friedhelm Hillebrand said in his initial findings the 160 characters were plenty for any give text message.

► Friedhelm Hillebrand also examined several messages sent by Telex and found that on average they were 150 characters in length.

► SMS text message users that use other non-standard characters have limits of less than 160 characters in length.

► Twitter which was based on a mobile messaging system standard that allows users to send small SMS to one another. Since the SMS text messaging was limited to 160 characters, the founders of Twitter decided to adopt the cellular phone standard. Twitter does have a 140 characters limit is so Twitter users can receive a text message in it‘s entirety in one single message. This helps Twitter users to avoid 3 or 4 separate text messages just to get a complete message. The extra 20 characters left out of the cellular text standard for text messages is reserved so the recipient will see the user name of the sending messenger.

Now today there are many cellular phone users that can exceed the 160 characters limit. Longer messages which appears to be one complete message by both the sender of the message and the recipient of the message. When transmitting these messages however, the text messages are broken into small parts of a text message and assembled by the cell phone when they are received.

In summary, by today’s standards there would be no need for a text message limit size of just 160 characters but since the current messaging system was adopted decades ago the standard has yet to be changed. This standard will surely be changed in the future sometime, but when that will happen is anyone’s guess.

The 5 Most Peaceful Countries In The World
Fast and Easy iPhone Wipe / Reset
Uses and Properties of Bituminous Coal
Safe Gasoline Storage and Disposal Methods
Previous Post: Microsoft Xbox One Tips and Tricks
Next Post: Common Cold Facts and Information